Windows 10: UUP to ISO – Create Bootable ISO from Windows 10 Build Upgrade Files 2017年6月13日 Bi4Qzw
SYSTEM
0 条评论
Information
Since beginning of Windows Insider program we geeks have had a possibility to convert the ESD file of new upgrade build to an ISO image (tutorial). With it we could create DVD / USB install media to be used in clean, in-place and repair installs.

Since Windows 10 Insider Build 14986 Microsoft has started to use new Unified Update Platform(UUP), which no longer offers the install.esd file (read more in this post). Through some registry modifications users can at least for now disable UUP and get ESD version of the build upgrade, but it seems that this option might not be available in the future.

UUP is of course a positive change. It is differential, scanning user’s existing Windows 10 installation only downloading and installing those system files that have changed. In ESD upgrade full Windows system (all system files and native applications) were replaced, with the same file or app version even in case the new build did not include a newer updated version. Regardless if a system file, component or application was updated, ESD upgrade replaced it. This caused download size to be bigger, in addition to longer time required for upgrade because full Windows was downloaded and everything overwritten with every upgrade.

However, the possibility to create an ISO image is, has been and will be important to us Insiders. Microsoft has usually released an ISO when a build has been released to Insider Slow Ring, but weFast Ring users do need an option to create our own install media.

This tutorial will show how to do that, how to create an ISO image out of a UUP upgraded Windows 10.

Warning
Notice please: When Windows Update has finished downloading the UUP upgrade, the files needed to make the ISO are stored in subfolders of C:\Windows\SoftwareDistribution\Download.

These files will in some cases be removed when upgrade is done. If you want to make an ISO for future needs, you have to do it before starting the upgrade process itself, after downloading the upgrade files but before clicking Restart now button! 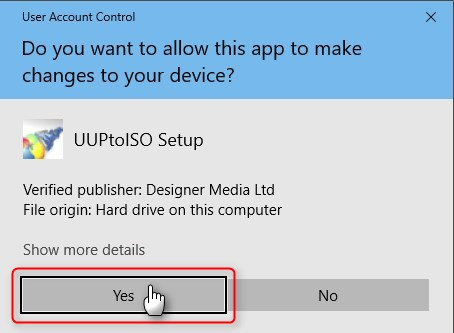 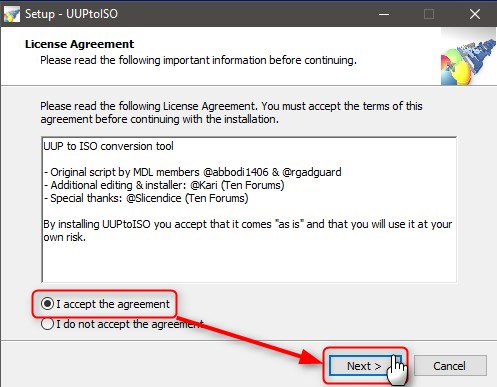 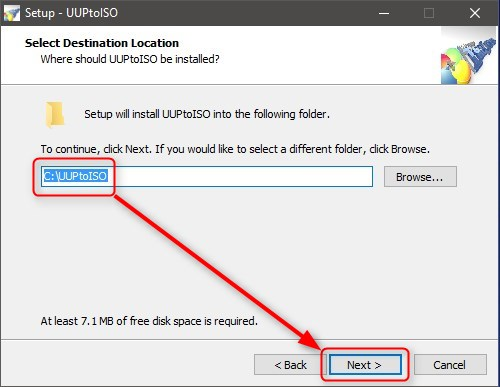 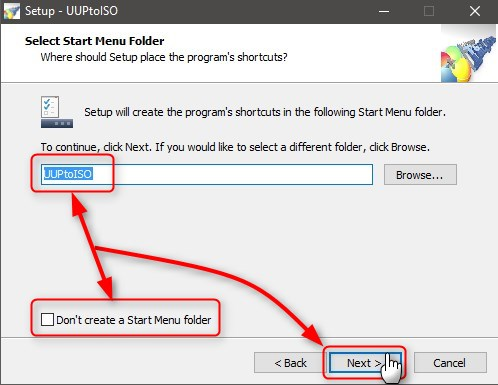 1.5) Select if you want a desktop shortcut or not: 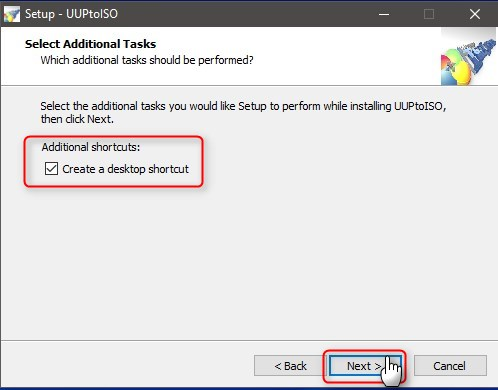 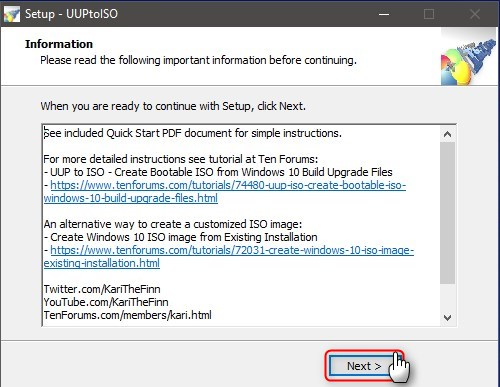 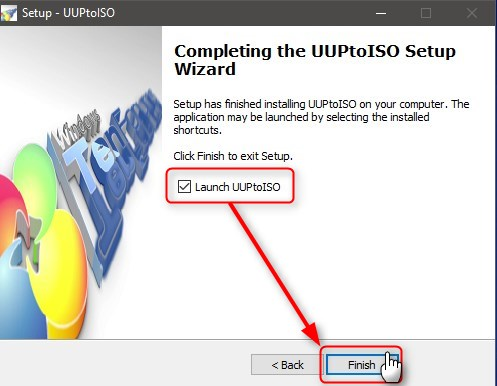 1.9) See Quick Start.pdf for simple one page printable instructions. It can also be found in folder where you installedUUPtoISO.

2.2) In File Explorer, search for ext:esd to find all ESD files. Only one of the subfolders ofC:\Windows\SoftwareDistribution\Download contains ESD files (extension .esd). So called express UUP upgrade has only one ESD file, canonical UUP upgrades can have 10+ ESD files. Regardless of how many ESD files your search finds, they are all stored in same subfolder, the one containing necessary files to make an ISO image

Usually upgrades are differential (express) only containing one ESD file as in this example. Search for ESD files finds one file in folder staring with 5721f7. Right click it and select Open file location to open folder we need:

In this example upgrade has been canonical containing 13 ESD files, all in same folder starting with a526e. Right click any of them and select Open file location:

3.2) In main menu select 1 to make an ISO, select 2 to make an install.wim file, select 3 to see information about which build, edition, bit and language version your upgrade is:

Note
There is a bug in builds 16193 and 16199 preventing user to select an option in a script like this tool. All that happens when you press 1, 2 or 3 as told above is a loud beep sound.

If this happens to you, use the temporarily fix posted in this post.

I will remove this notice when Microsoft has fixed the bug in coming builds.

3.3) The information option (#3) is useful to check that ISO will be what you expect:

Press any key to return to main menu

3.4) Press 1 or 2 depending on if you want to make an ISO image or install.wim ​file, the process starts. Be patient, it will take several minutes 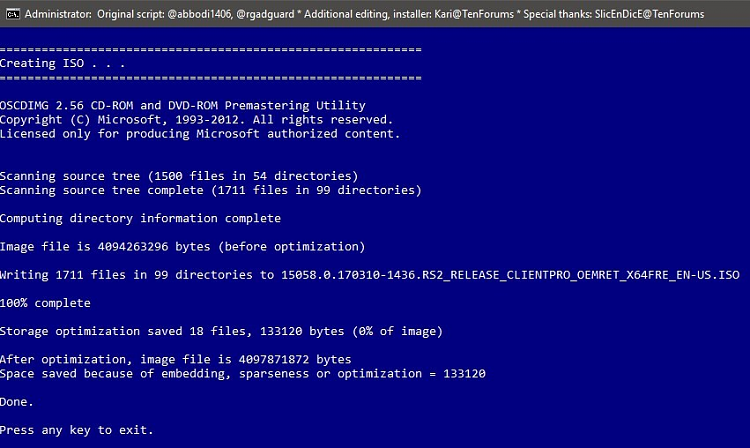 3.5) When done, ISO or install.wim can be found in folder where you installed UUPtoISO:

That’s it. You can now start upgrade or repair install using your ISO. To clean install Windows 10, ISO must first be burned to a DVD or USB flash drive (tutorial)